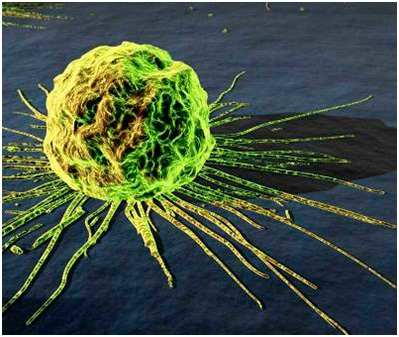 A virus is an acellular particle that infects a host cell. Only in this way is it able to replicate. It is not able to replicate by itself. It can infect prokaryotes (bacteria) and eucaryotes (animals, plants and fungus). It penetrates the host cell and uses what it needs to replicate. It then copies itself. It is 100 times smaller than a cell. All viruses are infective, unlike some bacterias that can also be beneficial. Viruses are known to be associated with various types of cancers.

Different viruses invade different organs. Zapping does not kill your cells so anything hiding in them will not be harmed by the electric current either. Viruses live inside your cells while they reproduce. You can only kill the outsiders: those stuck in your cell gateways. The rest will be killed by your own cells in time. Your body can eliminate any virus in a short time such as hours or days. Viruses can make you sick even though bacteria are the ones that cause pain.

The usual sources of viruses are:

Copyright notice. Excerpts taken from “The Cure of all Diseases” written by Dr. Hulda Clark
[The generic description of viruses is taken from Wikipedia, the free encyclopedia open to all and a non-profit organization]

WHAT ARE ONCOVIRUSES AND WHAT DO THEY DO?

Leader of Gang 1 of Oncoviruses – can pull other Oncoviruses into the cells, it being always the leader and the first to enter a cell. Other Oncoviruses can be hidden inside bacteria and tumor cells and maybe even in other viruses.

Arrives in the body with the pancreatic fluke, infects the pancreas and then enters the blood. From here it can reach any organ quickly but it enters only the primary tumor site. It can enter also bacteria.

Our special immune cells, lymphocytes, normally eat and kill viruses. But to kill them the lymphocytes need Organic Germanium and Organic Selenium (or Selenite) and Vitamin C (preferably organic as in rose hips).

Part of Gang I of Oncoviruses

One of the gang. Divides cells without rest. Come from ordinary baker’s yeast. Common in fat and overweight people. Asparagine is its trigger and is found in decayed food. The food we eat is partly decayed. Digestive enzymes digest asparagine and the ozonator can remove it. This stops RAS. We should also stop eating live yeast. Underbaked bread has live yeast. White blood cells (WBCs) eat free RAS viruses but if these infect our bacteria, they will be shielded from our WBCs, while speeding up the bacteria cell divisions.

Part of Gang I of Oncoviruses that speeds up cell division
found in chicken eggs, semi-raw chicken meat and Fasciolopsis Buski. Found together with mumps. Our WBCs can devour free MYC viruses but not when they are together with mumps since they get protection in this way. That is why it is important to remove also the trigger and the parasite for mumps. The trigger for MYC is not known yet.

Part of Gang I of Oncoviruses that speeds up growth.
Cells cannot die when they are infected with FOS. Comes from heartworm of dogs and a buildup of coumarin, a food phenolic antigen that can give us an allergic effect.

Part of Gang I of Oncoviruses - a transcription factor. This means it can attach itself to our DNA and can commandeer cell growth. Comes from Onchocerca Volvulus, another dog parasite belonging to the same Filaria family as heartworm and goes preferably to the vein valves, gives varicose veins and menadione allergy. Onchocerca requires corn. The triggers of JUN are 3 oils: myristic, oleic and palmitic as in nutmeg, olive oil and palm oil.

Part of Gang I of Oncoviruses -speeds up growth of a tumor to the malignancy level. Comes from Strongyloides and its trigger is lauric acid, a food oil found in lard and beef.

Also called ERB. Part of Gang I of Oncoviruses

The most difficult of all to destroy because it comes from our ever present immortalizing effect on cancer cells. Comes from both types of Ascaris and its trigger is linolenic acid, unsaturated food oil, highly prized by nutritionists.

REMOVAL OF NEU or ERB:

Gang II of Oncoviruses are CMV, EBV, Adenovirus and Hepatitis B. These are less vicious because they do not attach to SV 40 so readily, so they do not enter cells on such a large scale. In fact, they prefer to enter bacteria, yeasts, and tumor cells in the respiratory tract, mainly the lungs.

Not only in childhood but also in adulthood this virus is present even though asymptomatic. Triggered by casein – undigested milk protein. Comes from Ascaris Megalocephala and associated with Mycoplasma. Is seen together with MYC and protected by it.

Acts like an Oncovirus but does not seem to attach to SV 40, making it less vicious. It associates with Staphylococcus, Streptococcus and Yeast, especially in the lungs. It is triggered by linolenic and palmitic food oils. It is dependent on aluminum, which is present in all municipal water. It comes from Strongyloides parasites.

This acts much like EBV, not riding into cells with SV 40. It prefers to enter Staphylococcus, Streptococcus and Yeast, on its own, leading to chronic lung disease apart from lung cancer. It is triggered by lauric food oil and is dependent on strontium, which is always found in municipal water, the air, and even corn. It too, comes from the parasite Strongyloides.

Come from Ascaris. It enters Staphylococcus, Streptococcus and Yeast in the respiratory organs. It has special environmental triggers, like smoke, vapors, and foods.

Benzene is always present. It first colonizes the genital organs, thymus and bone marrow, but will appear anywhere when a Fasciolopsis Buski is nearby and benzene is present. P24, a part of the HIV virus requires gold. Its enzyme, reverse transcriptase, requires strontium. It is pulled into cells by SV 40 and even into our blood cells when they are parasitized by Plasmodium, the malaria parasite.

From the human liver fluke (Clonorchis) and is triggered by umbelliferone, from the raw, common carrot. It is in the peel. Oats feed the liver fluke. Hepatitis B associates itself with Gang II viruses. When the liver fluke is killed, Clostridium botulinum appears, to feed on the remains, producing a toxin that blocks a neurotransmitter, acetyl choline. This causes sudden weepiness if the bacteria arrive in the hypothalamus.

REMOVAL OF HEPATITIS B:

Influenza A and B (Flu)

REMOVAL OF THE FLU:

(Copyright. Taken from the book "The Prevention of all Cancers")