It is a known fact that 70% of our immune system lies within our bowel. Bowel bacteria  come mainly through food and water and can disrupture the delicate intestinal flora.

Harmful enteric bacteria can then invade other parts of the body and colonize a trauma site or a weakened organ .

The Dr. Clark’s Bowel program has been put together in order to remove harmful enteric bacteria. Many people report that after the bowel program they do not suffer from constipation or vice versa from diahrrea anymore, their minds are clearer and their bellies are flat.

To do this Dr. Clark has used following herbs and supplements:

TUMERIC AND FENNEL SEEDS
have anti-bacterial and anti-inflammatory properties. Used for the treatment of digestive disorders such as flatulence and bloating. In this bowel program Turmeric and Fennel seeds are used to remove shigellas and Escherichia coli.

DIGESTIVE ENZYMES
Break down components of food so that they can be taken up by the organism. They remove things such as undigested food

CASCARA SAGRADA
Gentle laxative for those that are constipated and restores tone to the bowel muscles.

LUGOL'S IODINE
Essential trace element for the formation of the hormones of the thyroid gland. Antioxidant and removes free radicals. In Dr. Clark’s bowel program it removes salmonellas

HOT CUP OF WATER UPON RISING AND MAGNESIUM OXIDE
for constipation

+ after meals
* before meals

Bacteria are always at the root of bowel problems, such as pain, bloating and gassiness. They can not be killed by zapping, because the high frequency current does not penetrate the bowel contents.

Although most bowel bacteria are beneficial, the ones that are not, like Salmonella, Shigella, and Clostridiums are extremely detrimental because they have the ability to invade the rest of your body and colonize a trauma site or tumorous organ.

Bacteria come also from the liver which are brought down form the bile into the intestine and stomach.

Another reason bowel bacteria are so hard to eradicate is that we are constantly reinfecting ourselves by keeping a reservoir on our hands and under our fingernails.

The Kidney Cleanse is often effective with bowel problems.

INGREDIENTS OF THE BOWEL PROGRAM have the following purposes:

MAGNESIUM OXIDE
Involved in over 300 different metabolic processes and is essential to promote the functionality of several enzyme systems.

(taken from: "The Cure for all Cancers", Copyright) 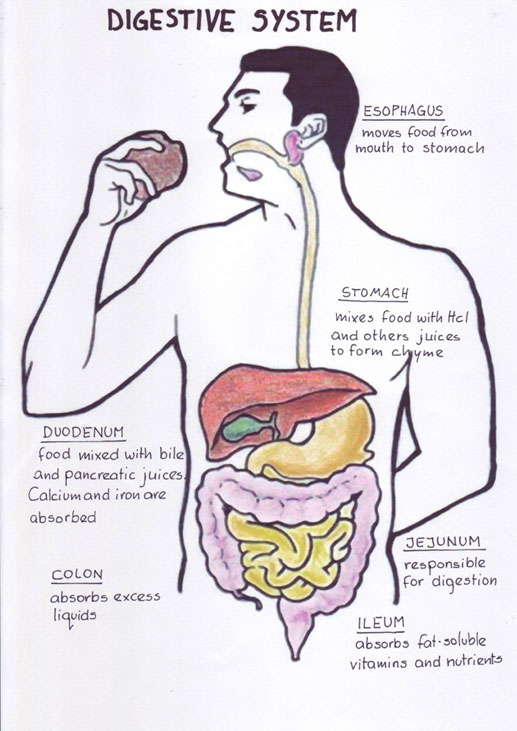 You must work hard to be sure you expel bowel contents at least once a day...if necessary, with an enema.

With this powerful approach, even a bad bacterial problem should clear up in two days. If it doesn't, you are feeding them heavy metals. Test all your dishes and cookware for seeping heavy metals with a conductivity indicator. Eat only fresh food and sanitize your food.

Improve sanitation by using 70% grain alcohol in spray bottle at bathroom sink. Or Lugol's iodine, one drop per cup water. Sterilize your hands after bathroom use and before meals by spraying or dipping them. This to avoid re-infection